Assessing the “Sense of Place” in cultural heritage interventions. The case of Temple Bar in Dublin I 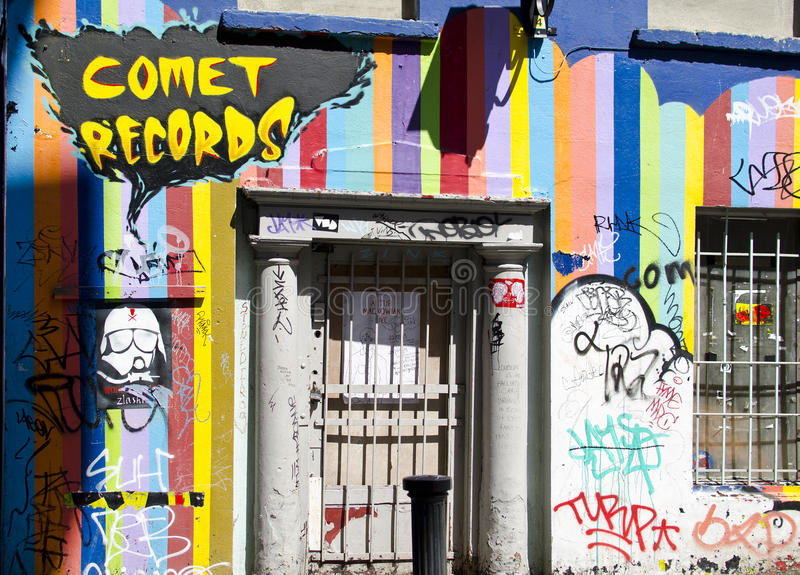 In 1990 I first experienced the area now called Temple Bar. I was 14 years old. I took a bus down to Dublin for a day trip with a few friends. I caught sight of Temple Bar as I walked across the River Liffey over the arch of the Georgian Halfpenny Bridge. I passed under the Merchants Arch. There were smells of patchouli oil, incense and starch. A busker was taking advantage of the reverb created by the arch to project his voice. The lane was narrow with small shops of second hand clothes on either side. Up the cobblestones of Crowne Alley we were met with sounds and smells of the busy ‘Bad Ass Café’ a converted 1950s built clothes factory. The large steel framed windows and the Heath Robinson style overhead pulley system for taking orders from table to kitchen were in keeping with the post industrial look of the place. From our right came sounds of a death metal band doing a sound check in the Rock Garden live music venue. We stopped off in a few second hand clothes shops with their musty whiff from old jumpers and jackets before ending up in ‘Comet Record Store’ at the end of Crowne Alley. It had graffiti on the outside of the building (not aesthetic but edgy graffiti.) There was a single light bulb in an otherwise dark black room. I was amazed by the record collection. There seemed to be all the bands I was in to and many more besides that I hadn’t heard of. There were posters of upcoming shows on the walls. I bought a 12” single. Exploring the other side of the brutalist architecture of the Central Bank building we came across a few groups of punks hanging out looking a little bit threatening. ‘Forbidden Planet’ bookstore gave us a chance to browse a few Judge Dredd comics, and Sé/Sí had some great clothes. A large sculptural installation wrapped around the top of a steel shoring support at the gable end of a building on a derelict site. Made from recycled aluminium cans in the form of a half dome, it gave the impression of a beehive. Up a steep staircase beside Merchant Arch lane there was a room full of bootleg cassettes at bargain prices. I bought a cassette copy of ‘Bleach’ by Nirvana with a double-sided photocopy of the cover. Returning under the Merchant’s Arch the Liffey lay before us again. There was one last stop in the gallery beside the arch where there was a photographic exhibition.

The ‘sense of place’ in 1990s Temple Bar was of an overlooked and forgotten urban space that had been taken over by a bunch of cultural entrepreneurs with a punk, `Do It Yourself´ attitude. At a time when prosperity was not a realistic option the place encapsulated much of what I considered to be living, vibrant and fun. I loved the decaying Georgian buildings in the way the Romantics loved old ruins of castles. I was excited by the sense of opportunity in people taking on these overlooked spaces and giving them a new purpose. It seemed like a place for like-minded grunge, punk, and other sub-cultures to come together and consolidate their shared identity.

Heritage refers to what we inherit from the past, in both tangible and intangible form. This accepted view of heritage as a ‘sense of past’, highlights past collective achievements and experiences and helps us learn about past societies. Heritage also connects the past to the present. It puts contemporary human activities and practices into historical perspective. Urban heritage coexists and shares connected physical spaces with contemporary activities and practices. This helps to develop a ‘sense of place,’ which gives value and meaning to a site or building or urban area. It also creates tensions that must not be overlooked: Whose sense of place? Whose Identity? Whose memory? Whose Experience? Whose narrative? This is why the emphasis on people and time is so essential to the SoPHIA Impact Assessment Model. Our next personal story will give another personal account of Temple Bar towards the end of the urban regeneration project.

Image: exterior of the former Comet Records in Dublin