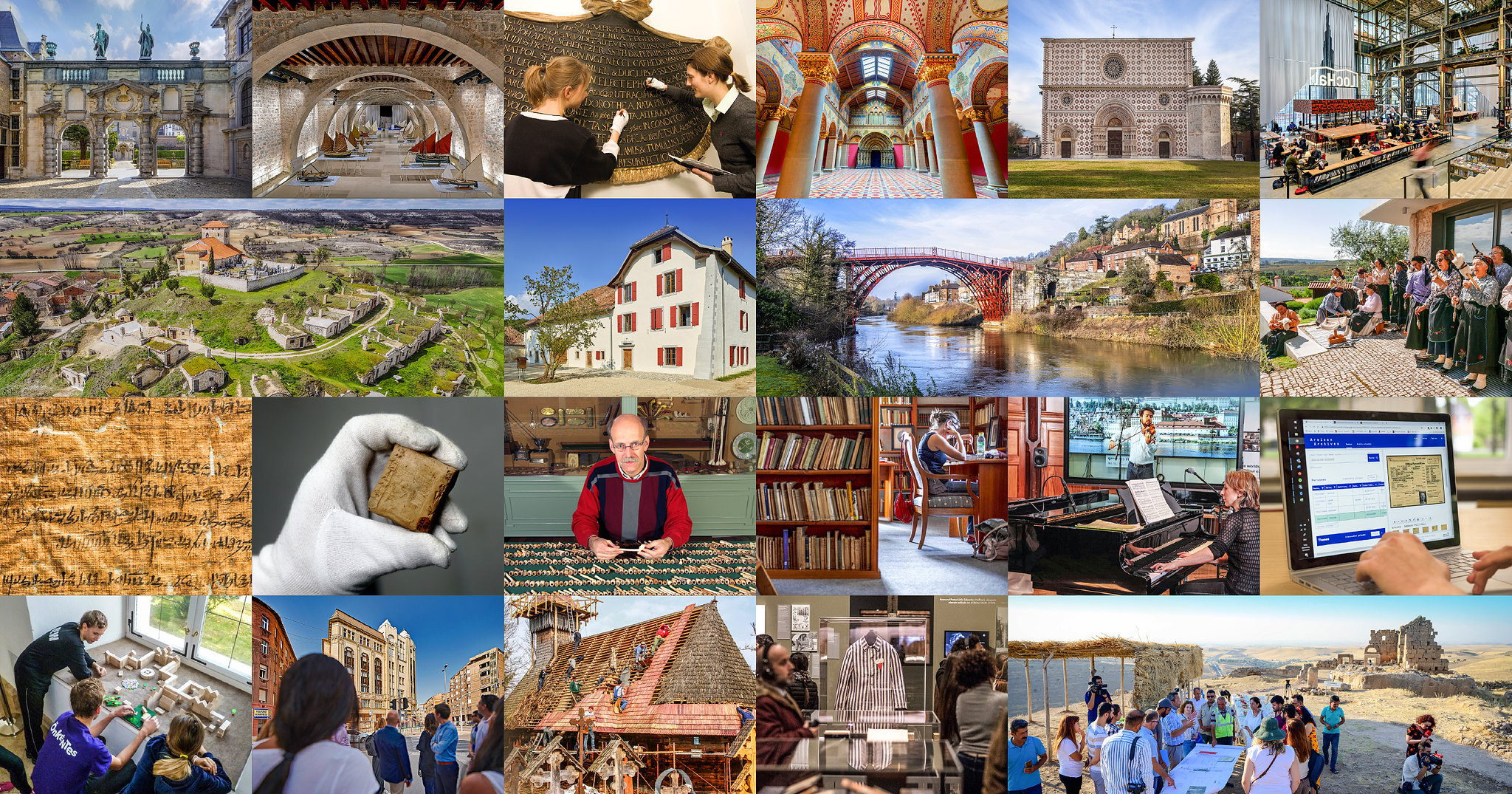 The European Commission and Europa Nostra announced last November 10 the European Heritage Awards / Europa Nostra Awards 2020. The Awards promote best practices related to heritage conservation, management, research, education, and communication. In this way, the Awards contributes to a stronger public recognition of cultural heritage as a strategic resource for Europe´s society and economy.

Europe´s top honour in the heritage field goes this edition to 21 exemplary achievements from 15 European countries, even though only three have been selected as Grand Prix laureates and one has received the Public Choice Award:

CONSERVATION: Basilica of Santa Maria di Collemaggio, L´Aquila, Italy
The Basilica of Santa Maria di Collemaggio was badly affected by a tragic earthquake that struck the region in 2009. The restoration of the Basilica required not only advanced conservation, but also respect for its special place in the life of the community. In 2017 the long recovery process was completed, allowing to meet again and celebrate in the Basilica. The Board of Directors of Europa Nostra pointed that “although this intervention has been carried out in accordance with the highest technical and scientific standards, it is also innovative, truly exemplar and all the more important for its great symbolic value. After the tragic earthquake that affected L´Aquila, the recovery of the building represents the rebirth of the entire city and is an opportunity for the community to heal the wounds caused by the earthquake. This project is an exemplary testimony to the importance of restoring endangered heritage”.

RESEARCH: Tramontana Network III, France / Italy / Poland / Portugal / Spain
Tramontana Network III is a celebration of Europe´s mountain heritage, an intangible heritage that is common to all of Europe in its richness and diversity. An extensive study documented this heritage in view of promoting its safeguarding and also to ensure dissemination of information through interactive online portals, workshops and events, and publications. In the words of Luís Costa from Binaural Nodar, partner of the project, “the Award has helped us to realize that small-scale rural cultural heritage organizations working in collaboration at the European level can produce relevant, diverse and high-impact results. The Award is also a tribute to European rural communities and their memories, showing that European countries continue to have a deep material and symbolic connection with their rural territories. Finally, the Award highlights the importance of the digital archive as an instrument to increase the feeling of deep knowledge of the Europe´s social fabric”.

EDUCATION, TRAINING AND AWARENESS-RAISING: Auschwitz. Not long ago. Not far away, Poland / Spain
The exhibition Auschwitz. Not long ago. Not far away. provides an insight into the history of the Auschwitz Memorial and the fate of its prisoners for all those who cannot visit the site. Thanks to this exhibition, more than 7 million visitors are expected to learn about the complex history of the largest German Nazi concentration camp – Auschwitz-Birkenau – and about how and why the Holocaust happened. The exhibition took place for the first time in Madrid and is currently in New York. The tour will continue to other cities around the world with content adapted to include stories related to each location. Luís Ferreiro, director of Musealia, the Spanish partner of the exhibition, stated that “it is very encouraging that so many people, on different continents, are willing to confront such a deeply troubled part of our history. It speaks of the responsibility that many individuals share not only to remember the past, but also to critically analyze our present”.

PUBLIC CHOICE AWARD: The Ambulance for Monuments, Romania (under the category of Education, Training and Awareness-raising)
The Ambulance for Monuments project has rescued hundreds of heritage buildings in Romania through a wide network of active heritage organizations. These emergency interventions are carried out by experts, students and craftsmen trained on a voluntary basis with the communities and local authorities. At the center of the project, each region has an intervention kit and a truck equipped with tools, construction equipment and materials. “Community involvement in heritage preservation, hands-on training of young specialists, and attention to sustainability are essential features for the success of our approach to safeguarding heritage. The Award contributes to spreading the word about our mission and reinforces our ideas to extend the project to other European countries facing similar abandonment of their monuments”, underlined the project´s promoters.

The European Heritage Awards / Europa Nostra Awards were launched by the European Commission in 2002 and have been run by Europa Nostra - the European Voice of Civil Society Committed to Cultural Heritage - ever since. The Awards have the support of the Creative Europe programme of the European Union. The Awards bring major benefits to the winners, such as greater (inter)national exposure, follow-up on funding and increased visitor numbers. In addition, the Awards foster a greater care for our shared heritage amongst Europe’s citizens. The Awards are therefore a key tool to promote the values of Europe’s cultural and natural heritage. The Grand Prix laureates also receive €10,000 each.

The Award winners were selected by independent juries composed of heritage experts from across Europe, upon thorough evaluation of candidatures submitted by organisations and individuals from 30 European countries.