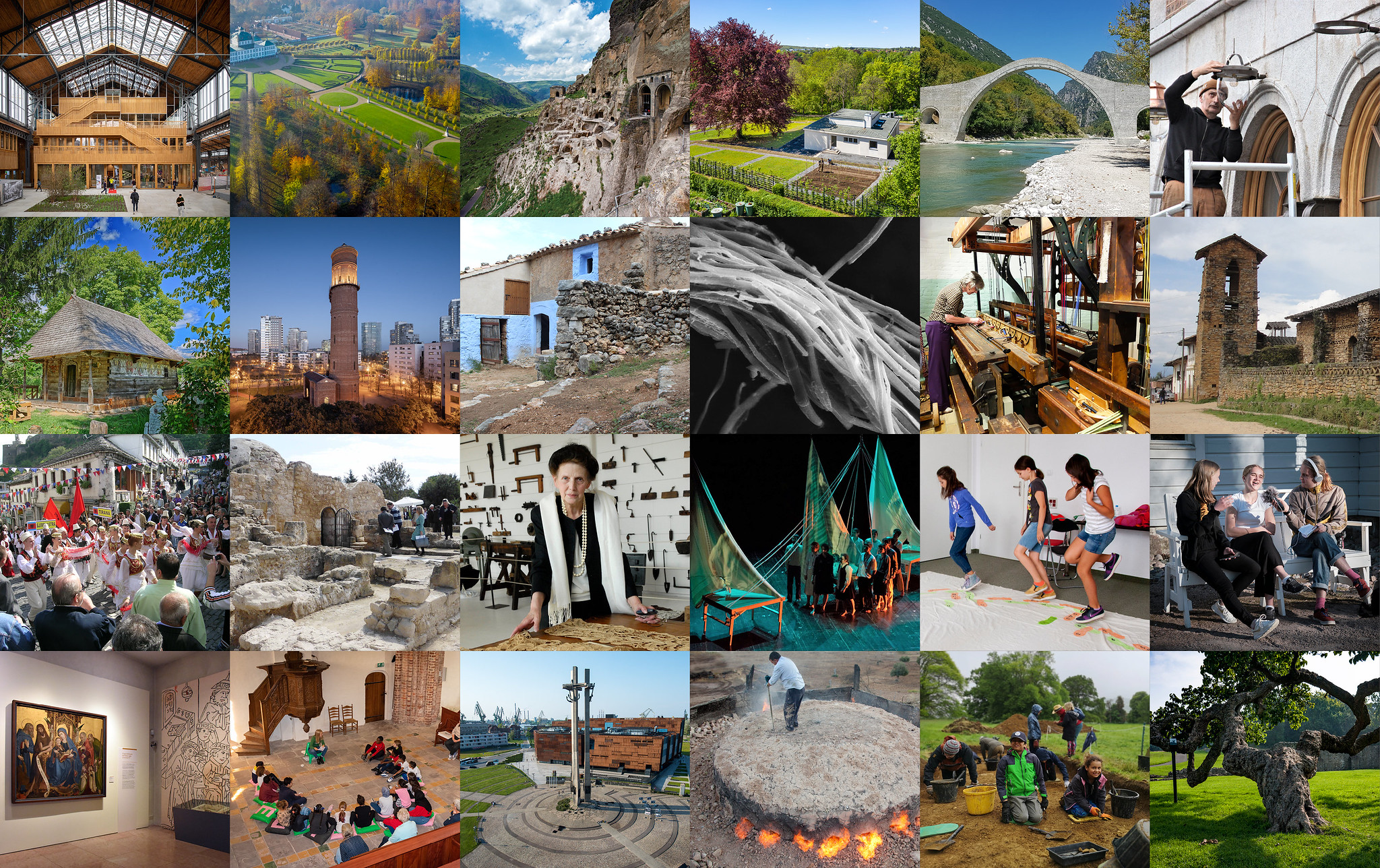 The European Commission and Europa Nostra announced last May 25 the 2021 winners of the European Heritage Awards / Europa Nostra Awards, the EU prize for cultural heritage funded by the Creative Europe programme. This year, Europe´s top honour in the heritage field goes to 24 exemplary achievements from 18 European countries, as listed below.

Heritage supporters and enthusiasts from across the world are now encouraged to vote online to decide who will win this year´s Public Choice Award, to be announced during the European Heritage Awards Ceremony, next September 13, along with the Grand Prix laureates, up to 4 among the 24 Award winners.

Category “Conservation Projects”, for outstanding achievements in the conservation, enhancement and adaptation to new uses of cultural heritage:

Category “Research Projects”, for outstanding research and knowledge transfer projects which lead to tangible effects in the conservation and enhancement of cultural heritage in Europe:

Category “Dedicated Service to Heritage by Organisations & Individuals”, for individuals or organisations whose contributions over a long period of time demonstrate excellence in the protection, conservation and enhancement of cultural heritage in Europe:

Category “Education, Training and Awareness-raising Projects”, for outstanding initiatives related to education, training and awareness-raising in the field of tangible and/or intangible cultural heritage, to promote and/or to contribute to the sustainable development of the environment:

The Award winners were selected by independent juries composed of heritage experts from across Europe, upon evaluation of candidatures submitted by organisations and individuals from 30 European countries.

The President of the European Parliament, David Sassoli, paid ribute to the Award winners: “Culture and artistic heritage are not secondary elements, but they represent fundamental tools to foster cohesion, to strengthen our humanity, to give meaning to our belonging. (…) Culture and heritage are essential elements from which to start again and from which to relaunch our European policies.”

“I truly believe that the successful preservation of our tangible and intangible heritage depends on the commitment of the people behind it. With these awards, we therefore honour all those exceptional men and women, heritage professionals, architects, scientists and volunteers who bring our common heritage closer to our hearts. Their vision should be applauded.”, said European Commissioner for Innovation, Research, Culture, Education and Youth, Mariya Gabriel.

Europa Nostra´s Executive President Hermann Parzinger stated: “Each year, the winners of the European Heritage Awards / Europa Nostra Awards exemplify the incomparable creativity and commitment of those who work to protect, valorise and pass on Europe’s precious inheritance to the next generation. This year’s laureates powerfully demonstrate how heritage offers solutions and paths to recovery in the face of seemingly insurmountable challenges, as we take action for the climate, mobilise for sustainable urban and rural development and tackle the many threats to our core European values. We applaud their outstanding achievements: may they serve as inspiration and encouragement for future action for so many heritage professionals and enthusiasts across Europe and beyond.”

To find out more about each Award winner, please visit the Official Videos.