Reflections on the potential for museums in lifelong learning 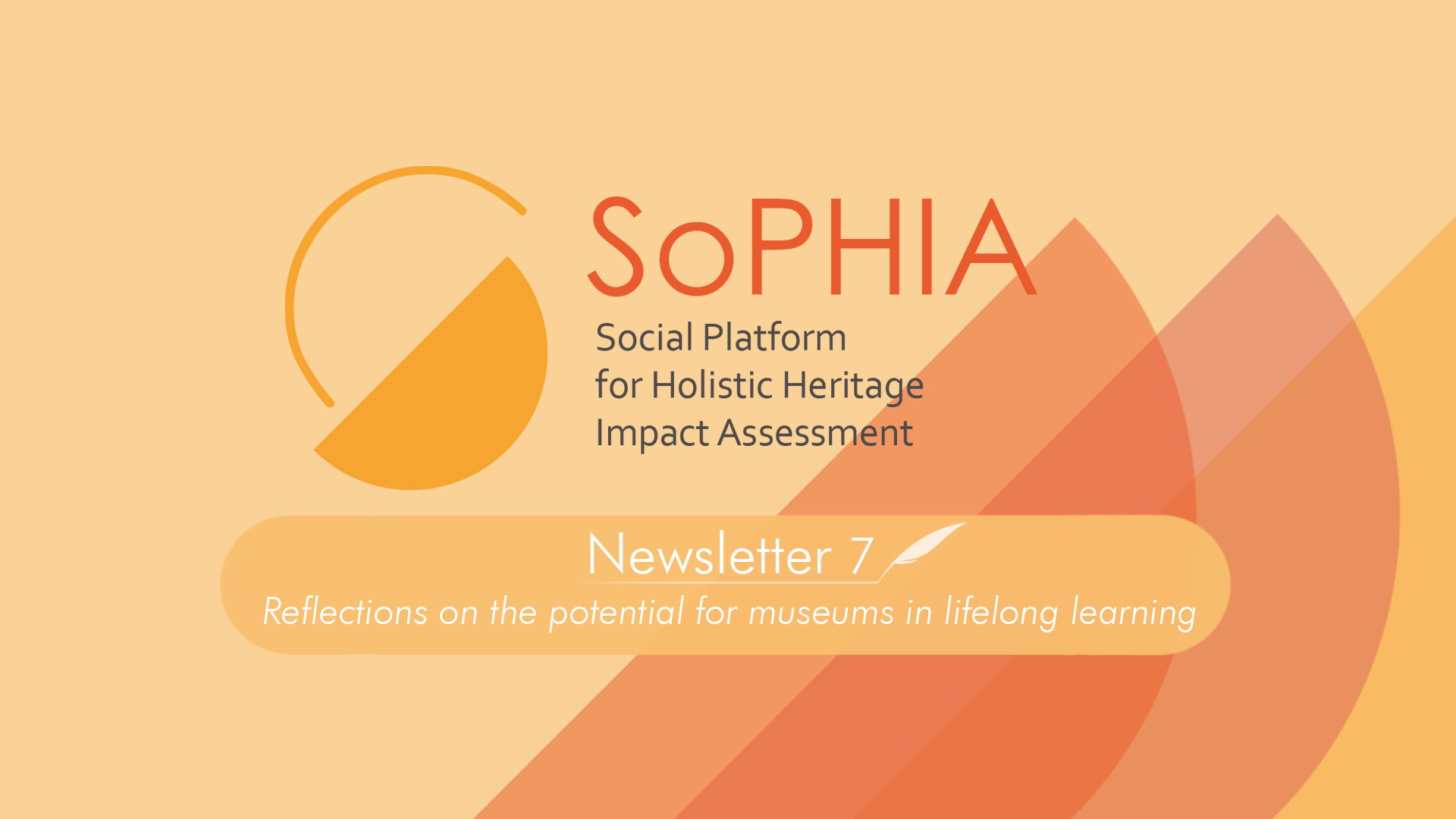 SoPHIA Newsletter 7 looks closer at `Knowledge´, one of the themes of the SoPHIA draft model for holistic heritage impact assessment, as well as reports on current developments of the project and other news of interest on European cultural heritage.

In 2001 I entered my office at Jamtli Museum in Östersund in Northern Sweden as new director for the first time. I knew precious little about the region of Jämtland where the museum is located beside that it is 1200 kilometres north of Copenhagen – my native city. When I started my new job, I read as much as I could find about the region which is placed in the Scandinavian inland with mountains to the west which marks the border to Norway. The nearest major urban environment is Trondheim at the Norwegian North Atlantic cost. Jämtland region is the same size as Belgium, the Netherlands and Luxembourg combined but there only lives app. 130 000 people. Livelihood is primarily based on foresting and tourism. The region has a fascinating nature with mountains, huge forests, and great fishing waters.

In close collaboration with the museum staff and the board I decided that my task would be to use the museum as much as possible to contribute to bring change to such trends.

I can honestly say that we did a lot – not all worked, but some worked well enough to create an atmosphere of lifelong learning engagement. Here follows just a few examples.

For more that 15 years the museum has now offered a roleplay based educational programme for 9th grade children – age group 15-16 years – about how it is to enter a country in Europe as refugee. All the children are having an individual role based on the current refugee situation in Sweden and they are in the four-hour long play entering Sweden and going through all the different stations where they meet police and immigration service etc acted by museum staff. This roleplay programme has become a modern classic at Jamtli and is much appreciated. Researchers have actually shown through surveys that the children change their perception of immigrants after participation.

In collaboration with the regional state archives and a local folk high school the museum has been engaged in helping young early School leavers aged 16-25 to get engaged with learning again. The participants have been invited to experience different aspects of activities in the archive and the museum. The activities include both repairing and painting older houses and fences as well as activities in the fields around them. From there they may go on to try genealogical studies of the families who once lived in the houses and search for photos and other items in the collections. They may also go on a study tour to the countryside to look at similar houses still in their original location but often changed to be almost unrecognisable. The participants also tried activities with bookbinder, archaeologists, the conservator, and the exhibition producer. The activities last up to six months and the participants are gradually introduced to alternative education systems where they can get a second chance to complete their education. Around 40 % of the participants did re-enter education and another 10 % got a job.

The last example I want to mention here is the learning programme called “Do you remember?”. It is the Jamtli reminiscence programme for people with some symptoms of dementia and their families. This programme was designed to give the participants a positive and happy experience of how their lives were when they were young and by that produce a higher quality of life. The participants arrive to the museum together with health care staff from the municipality and possibly a relative to a small farmhouse in the open air museum where time stands still in the year 1942. Here they are met by a woman who could have been their mother and are invited to experience the life of their youth. That includes the use of all senses and thereby the stimulation through music, photos, radio, newspapers, coffee, chocolate, trying out hats, trying some crafts and maybe even song and dance. The participants are all in an incredibly good mood when they leave the farm, and staff from the municipality confirms that their experiences at the farm are the most popular topics for conversation for days after. Especially the participating old men tend to become much less aggressive for several days after having participated in the reminiscence programme.

These are examples of how to use the museum as a tool for social change through the learning experiences which can be delivered. It was my experience that a museum is an organism and an organisation with a special combination of competences which makes learning offers as mentioned above possible. Every museum and every community have their specific competence combination and preconditions. I think I can say that the most important thing I learned during my 18 years at Jamtli Museum was to realise the potential in exploiting cultural heritage and museum competences in lifelong and life wide learning.

The SoPHIA model includes education and learning under the umbrella of knowledge as one of the key aspects through which impact from a project or other intervention in cultural heritage is assessed. There are many different methods for measuring and assessing the effect in learning and education. We even have some methods which are designed for learning in museums and other heritage organizations. It is valuable that the SoPHIA model brings together such work together with similar thinking about other aspects for assessment thinking in cultural heritage.