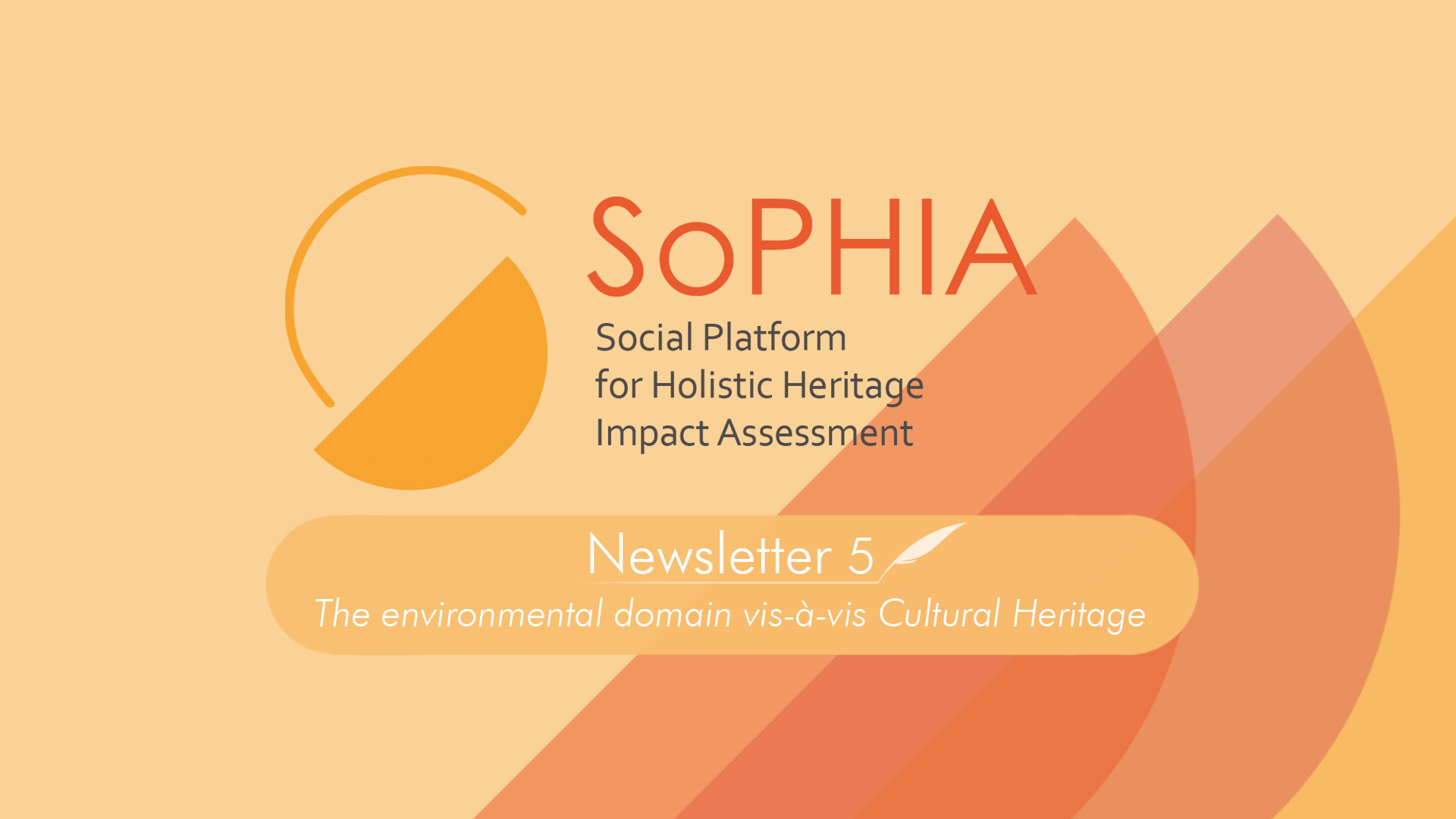 The work that we conducted during the first months of SoPHIA included bibliographical research of policy papers, academic papers, and social media addressing the environmental, social, economic and cultural domains. This allowed us to create an in depth map of best practices in the field, as well as identify the gaps and opportunities, not only within the European territory, but also worldwide. We acquired an understanding of all four domains and an overview of the state of the art in impact assessment methods. We found that the Environmental Impact Assessment (EIA) is one of the most widely recognized and applied impact assessments, possessing specific protocols and a history from which we can draw some conclusions of interest to SoPHIA’s line of inquiry. In addition, we began to understand the gaps in the environmental domain, as they pertain specifically to the two important axes of SoPHIA, those of People and Time. The gaps which were noted are the following:

Quality criteria are not clearly defined | EIA scope is set according to the developer | Uncertainty related to whom should be involved | The assessment report involves more than one domain | Relation to Strategic Environmental Assessment (SEA) remains unexplored.

Despite widespread acceptance, environmental policies are not the same in all member states, and EIAs are not conducted in the same manner. Among notable variations we found that it is possible for an investment company or a developer to order an impact assessment from the private sector specializing in performing EIA based on the required protocols. But, in many cases this practice reveals a conflict of interests and appears contradictory since it takes for granted that the project will go ahead, and thus, an ex-ante impact assessment often only serves to primarily mitigate its effects.

Limited public consultation was a cross-domain shortcoming, most prevalent in the environmental domain which indicates that SoPHIA may be meaningful to people involved in landscape protection, as well as to environmentalists besides the CH professionals, as it strives to provide a holistic impact assessment by effectively tackling the gaps we have encountered so far.

Difficult choices must be made so as to balance the Environmental, Economic, Social and Cultural domains and bring the People and Time axes center stage, just as SoPHIA's tenets have brought these two axes to the foreground. The environmental domain is a thorny one when it comes to finding an appropriate strategy which does not compromise the environment, as well as cultural heritage at a time when in several countries we are often faced with interesting pseudo-dilemmas, such as choosing between fighting climate change and safe-guarding biodiversity and wild nature, a raging debate during a period in which wind turbines take up the mountains, thus turning them into industrial parks.