Economic impact assessment: the times they are a-changing 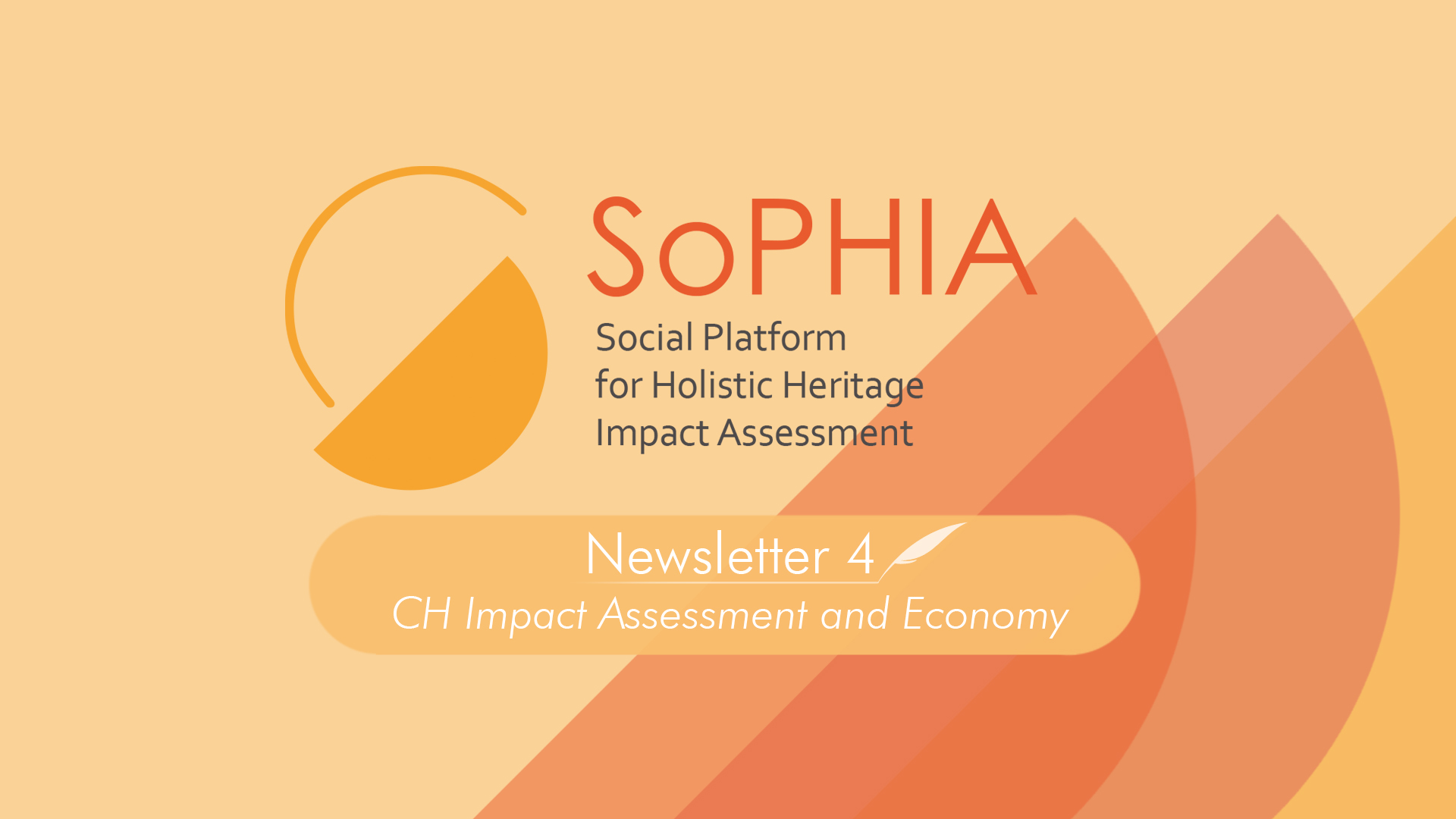 In the economic domain of impact assessment studies, innovative methodologies continue to emerge, and new qualitative methods are employed for understanding how and why.

We are proud to bring you the fourth issue of the SoPHIA Newsletter, focusing this time on the link between culture, cultural heritage and impact assessment.

When, in the late 1960s, the discipline of culture economics was taking its first steps, many observers in the cultural heritage field considered it like the proverbial elephant in the china shop. Many feared that the economic look would entail a dangerous reductionism, an oversimplification of the many and complex layers that compose the cultural sector.

Since the very beginning, the economic approach was very attentive to the challenges posed by cultural policies. This entailed tackling with themes like subsidization of the arts end the role of the public sector, and, more on the theoretical dimension, market failure and the cultural goods as merit goods, the idea of culture as intrinsically related to public services and citizenships’ rights, up to the very idea of value, both in the sense of cultural value and the value of culture, and the need to go beyond price signals to measure it. Later on, the late 1990s UK Department for Digital, Culture & Media (DCSM) initiative on cultural and creative industries, independent, but converging, efforts of the Council of Europe, UNESCO, and of the World Bank, set the agenda for a new, widespread awareness about the contribution of culture to economic and social development. In the 1994-99, and especially from the 2000-2006 period, culture become a legit strand of the Structural Funds, and in 2006 KEA Report on the Economics of culture in Europe established the fact that culture is a fully-fledged economic resource.

The focus shifted in a very significant way: from justifying public spending for culture, economists have been invested of the task of evaluating the economic impact of investment in culture, as well as the benefits brought about by a lively cultural sector in terms of income, business, occupation, innovation, regional and urban welfare. A huge task, indeed.

We must recognize honestly that a part of that effort, especially for what concerns cultural heritage, has been somehow overshadowed by the lure of tourism exploitation. In the long run, this proved to be a real conceptual and, above all, political short-circuit. The global pandemic is violently and radically requiring us to come to our senses and work on a broad and articulated idea of the many significant economic impacts that culture, the arts and heritage can have on places and societies, in the dimension of everyday life and proximity.

Recent attempts to define a standard for measuring the economic impact of cultural interventions as a long-term investment for society have been provided by ICOMOS (2019) and UNESCO (2014). Culture is described in the economic domain in terms of employment, local economic growth, as well as human development indicators. New strategic policy-relevant issues also arise that need to be addressed: economic impact must be seen from an urban perspective (cities can be deeply affected by cultural heritage interventions and their repercussions); participatory governance models and the input from community and social platforms must be integrated early on in the process; impacts, results and outcomes should be described in detail in the planning, ex-ante evaluation, ongoing monitoring stages of the projects, and ex-post stage as in the case of Impacts 08.

Communicating economic data to a wider public is difficult and therefore social platforms that focus specifically on the economic impact of cultural heritage interventions are scarce. Of those, a few represent benchmarks in raising awareness of the importance of economic impact, like the NEMO network. It is more common to platforms related to the economic domain to disseminate information of best practices by sharing data, like the 'Cultural and Creative Cities Monitor’ or to advocate a specific cause or practice like the need for 'self-sustaining creative economy models'. Some platforms provide tools for assessing impact, like IMPACTOUR that focuses on assessing cultural tourism. Some social platforms are actively engaged in demonstrating cultural heritage impact on people’s lives and the quality of their living environment.

In this context, the SoPHIA Platform aims at creating a network of stakeholders working in the field of cultural heritage to stimulate a structured interaction and participation in order to discuss and evaluate the multi-dimensional impacts related to the interventions on cultural heritage. As for the economic impacts, SoPHIA platform wants to present them to the general public and, at the same time, offer the opportunity for a common reflection on the connections with the other domains.